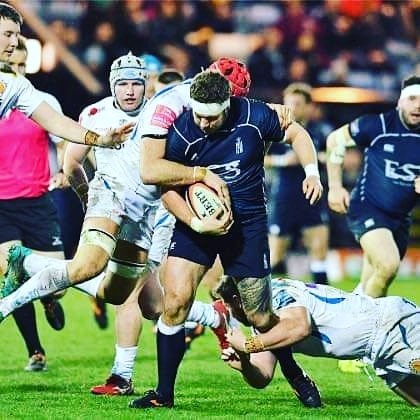 Penryn are delighted to announce their first new addition for the coming season. Royal Navy Prop Kye Beasley will be a great asset to the club this season as we head into a tough Western Counties league. He comes with a wealth of experience and has recently represented the Navy in their victory over the RAF at the Harlequins Stoop and also in their narrow defeat to the Army at Twickenham.

Penryn’s coaching team of Ian Morgan and Justin Coleman are thrilled with the signing and the experience Kye brings to the squad “ Kye is a quality player and good bloke in general and will fit into the squad really well, he is a good technical prop and offers a lot in the loose around the field and he ticks all the boxes for us, with the way we want to play the game and we had the unfortunate experience this season of facing him when the Navy defeated us at the Stoop, so we have seen what he offers first hand and look forward to seeing that in a borough shirt playing for us, rather than against us”.
Tweet
Tweets by @@penrynrfc