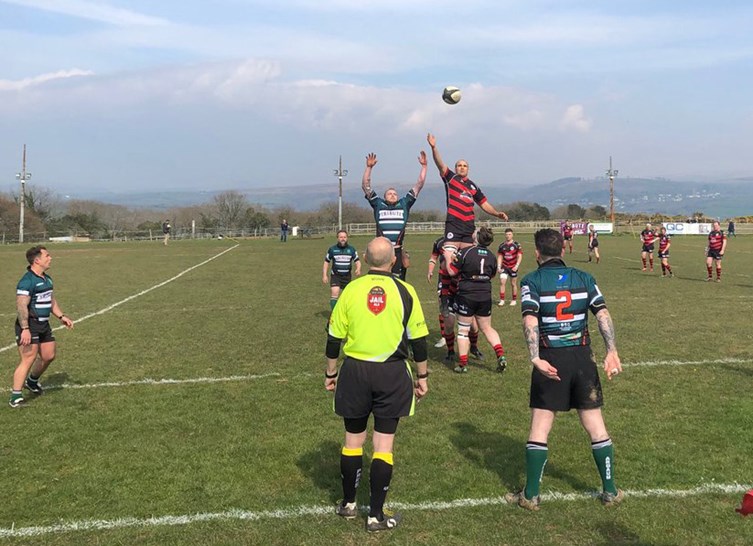 Penryn sealed promotion to Western Counties in some style, thrashing Plymouth Argaum as they recorded a 13 try victory. A bonus point win for the Borough and a loss for Bude at South Molton meant the party could start a week early, though Penryn will have an eye on the league title by winning their final fixture this weekend.

It looked like an ominous afternoon for the home side before it even got going, having to welcome the league leaders and form side in the league and having had their own relegation all but confirmed the previous weekend. Penryn were in no mood to take it easy on their hosts and had recorded the try bonus point inside a quarter of an hour, thanks to scores from Chambers (2), Salisbury, Hitchens and three conversions from Nathan Strick. Penryn added further tries from the same trio to make it 43-0 at the break.

The second half was much the same story, with Penryn absolutely dominating. Chambers grabbed his fourth of the game, before further tries for Ben Trevaskis, Chris Hellier, Aaron Cockrell, Grant Randlesome and Tom Wallace but gloss on the scoreboard. Strick converted three of the tries as Penryn ran riot.

It was job done for the Borough and as news filtered through of the Bude result, they could finally celebrate promotion back to Western Counties West for next season. As previously stated it is not job done quite yet, with the league title up for grabs at home to Plymstock Albion Oaks at 3pm on Saturday. It has been a fantastic season and a job well done from all of the players, coaching staff and everyone involved behind the scenes at the club. Let’s finish the job on Saturday!

Please enter your page detail here. This can be HTML or text. To edit click the first menu icon on the small HTML menu that appears when you click on this text. Please use the elements on the right if you wish to construct a richer page content with headers, images and layout grids.